Deprecated: mysql_connect(): The mysql extension is deprecated and will be removed in the future: use mysqli or PDO instead in /home/pz96058wfapo/myadvtcorner.com/database-config-subdomain.php on line 2
 Name Change Ads in Newspaper - namechange.myadvtcorner.com

Book your Name Change Ad in any Newspaper

Book Change of Name Ad in any Newspaper

Publish your Change of Name Ads in any Newspaper 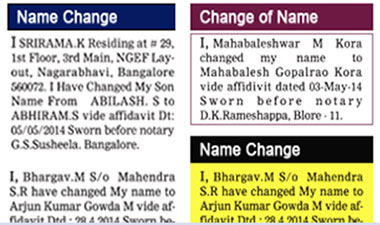 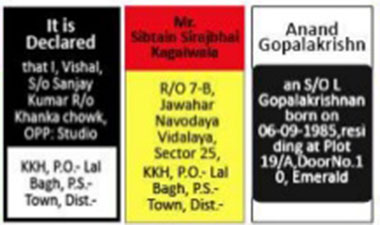 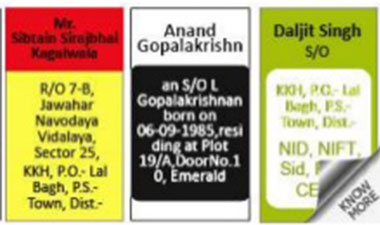 View Name Change sample Advertisement and Publish your
Ad in Newspapers across India. 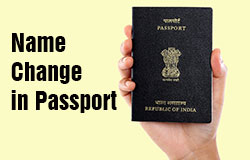 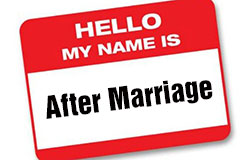 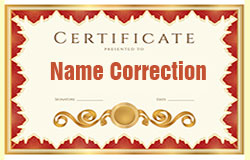 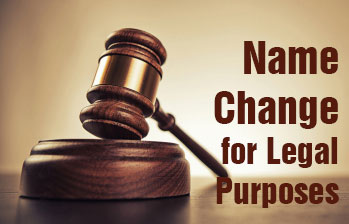 A change of name ad is for mainly official reasons and records. Whenever a change or correction in the name of an Individual or even a shop or an establishment is necessary due various reasons, and government and other officials are to be notified about it.

These ads are required by driving licence issuing representatives, passport registration officials, voter ID card issuers etc. because it is mainly such official documents, which need to be updated with correct personal information about any individual to whom it is issued. Publishing a name change ad informs such officials that the respective documents can be duly updated.

Changing name only informs people to know that the same person exists with a new name to. This becomes easier by the wide use of newspapers to inform about a new name.

Reasons to cause change of name:

How to Book Name Change Ad

An early confirmation of printing of the advt would have made your service even better.

Valuable information. Lucky me I found your site by accident, and I am shocked why this accident did not happened earlier! I bookmarked it. fagkfbe

What\'s up it\'s me, I am also visiting this site daily, this website is actually pleasant and the visitors are really sharing fastidious t

My advt.com helped me advertising. The group is solid, acts coherently, cost wise cheaper and prompt.I like them. Double payment returned immediately.